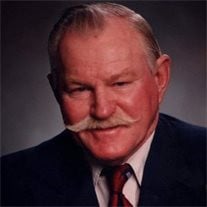 Terence Patrick Fitzgerald, age 82 of Omaha, NE, was born in Washington County, Nebraska on August 2, 1935. He is a Fourth generation of farmers in Washington County, the descendant of one of the original homesteaders in the county. His large family of 9 siblings lost their father at a young age. From the age of 14, he took on the task of running the family farm and helping raise his younger brothers and sisters. He attended Creighton Preparatory School, and graduated in 1953. He worked as an electrician for Union Pacific Railroad, and later for Omaha Public Power District as a line crew foreman. He retired from OPPD after 42 years of honorable service. He was one of the heroes that stayed out in the worst of weather to restore electricity to homes that needed it to keep their lights on and furnaces running in the cold of winter. While working for OPPD, he continued to farm. Often, working well into the night on week nights after he returned from his day job with OPPD, he diligently went about raising crops, cutting hay, keeping livestock, and everything else that is required to run a farm. He did all of this with his faithful wife Marty, raising four great children. All four children finished their college education, and two served proudly in the US Marine Corps. He was a lifelong resident of Washington County, living less than a mile from the house he was born in. His only time away from Nebraska was when the US Army called his number to serve. He was honorably discharged after serving his time as a machine gunner in the 25th Infantry Division, and returned home. Hard work, friendliness, compassion, and family were the central tenets of his life. There are countless friends and neighbors of his that will affirm this. He was never too busy to offer a friendly smile and chat with a friend. He never refused to help anyone in need. His humble and gracious attitude toward life never waivered. Not once in his life can anyone recall a harsh word spoken about another. Even as his own health deteriorated, his concern was not about himself, but on all of the people he loved. Page 1 He enjoyed golf, and until his health failed, he would get to the greens twice a week. He rarely missed a Husker Football game, and had cheered them faithfully for decades. With his wife, they traveled to every conceivable corner of the United States, coming very close to having visited all 50 states at one point. They have traveled to Australia, New Zealand, Fiji, South America and the Caribbean. Terence is preceded in death by his parents, John and Anna Fitzgerald, brothers, John (Margaret), Michael, Thomas and Daniel, sister, Mary (Francis) Dillon. He is survived by his wife of 49 years, Marty Fitzgerald, son, Terry Fitzgerald of Fort Calhoun, daughters, Tammy (Chris) Klein of Sioux Falls, SD, Tanya (Tony) Heiniger of Fort Calhoun, son, Travis (Jen) Fitzgerald of Omaha, sisters, Sr. Sheila Fitzgerald of Madison, WI, Patricia Miller of Gretna, NE, Peg (Jim) Townley of Omaha, sister-in-law, Linda Fitzgerald of Omaha, five grandchildren who are proud to call him Grandpa, Tyler, Travis and Hannah Fitzgerald, Rachel and Ryan Klein, many nieces and nephews. Visitation: 5:00-8:00 pm Thursday, November 16, 2017 with a Sharing at 7:30 pm at Sievers-Sprick Funeral Home. Funeral Service: 2:00 pm Friday, November 17, 2017 at Country Bible Church in Blair, NE. Interment: Fort Calhoun Cemetery. Military Honors conducted by: Fort Calhoun American Legion Post #348. Memorials Suggested To: Country Bible Church Sievers-Sprick Funeral Home Fort Calhoun, NE 68023 402-468-5678

The family of Terence Patrick Fitzgerald created this Life Tributes page to make it easy to share your memories.

Terence Patrick Fitzgerald, age 82 of Omaha, NE, was born in...